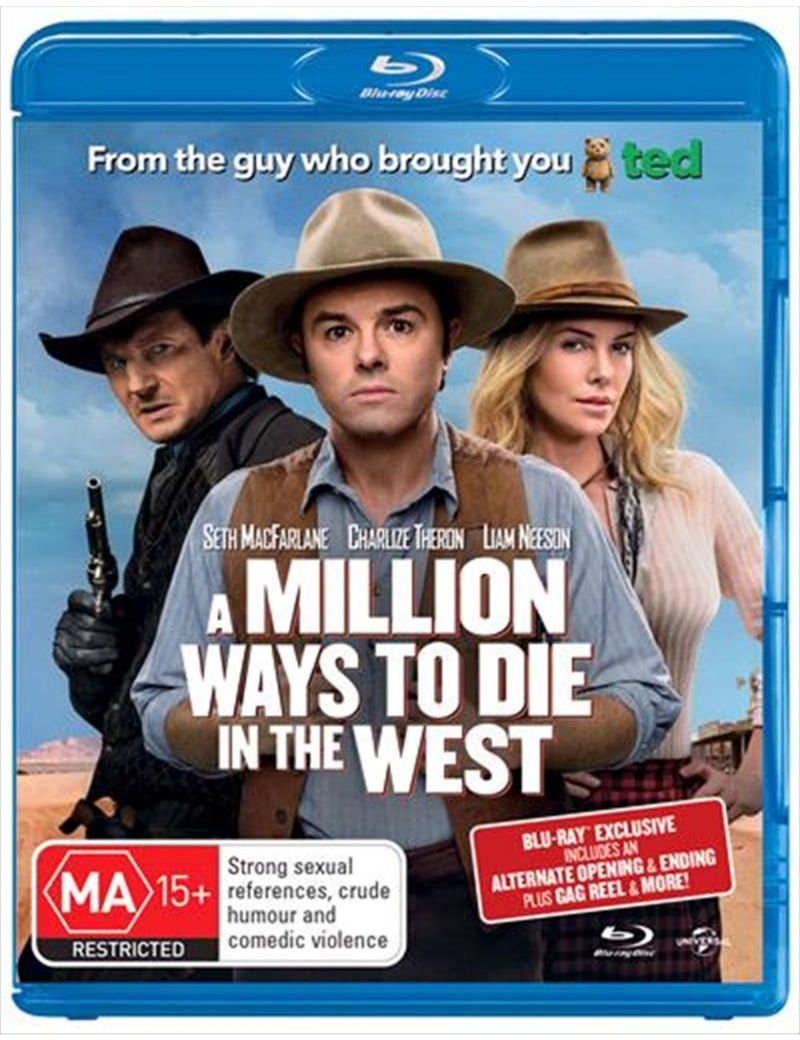 A Million Ways To Die In The West Blu-ray

4 interest free payments of $4.00
No refunds for Change of Mind for this item provided by third-party sellers

Mild-mannered sheep farmer Albert Stark is fed up with the harsh life of the American frontier, where it seems everything and anything can kill you: Duels at high noon. Barroom brawls. Poisonous snakes. Cholera-infected drinking water. Tumbleweed abrasion. Something called toe-foot. Even a trip to the outhouse. Yes, there are a million ways to die in the wild, wild West, and Albert plans to avoid them all. Some people think that makes him a coward. Albert calls it common sense. But when his girlfriend dumps him for the most insufferable guy in town, Albert decides to fight backeven though he cant shoot, ride, or throw a punch. Fortunately, he teams up with a beautiful gunslinger whos tough enough for the both of them. Unfortunately, shes married to the biggest, meanest, most jealous badass on the frontier. Turns out Albert has just discovered a million and one ways to die in the West.