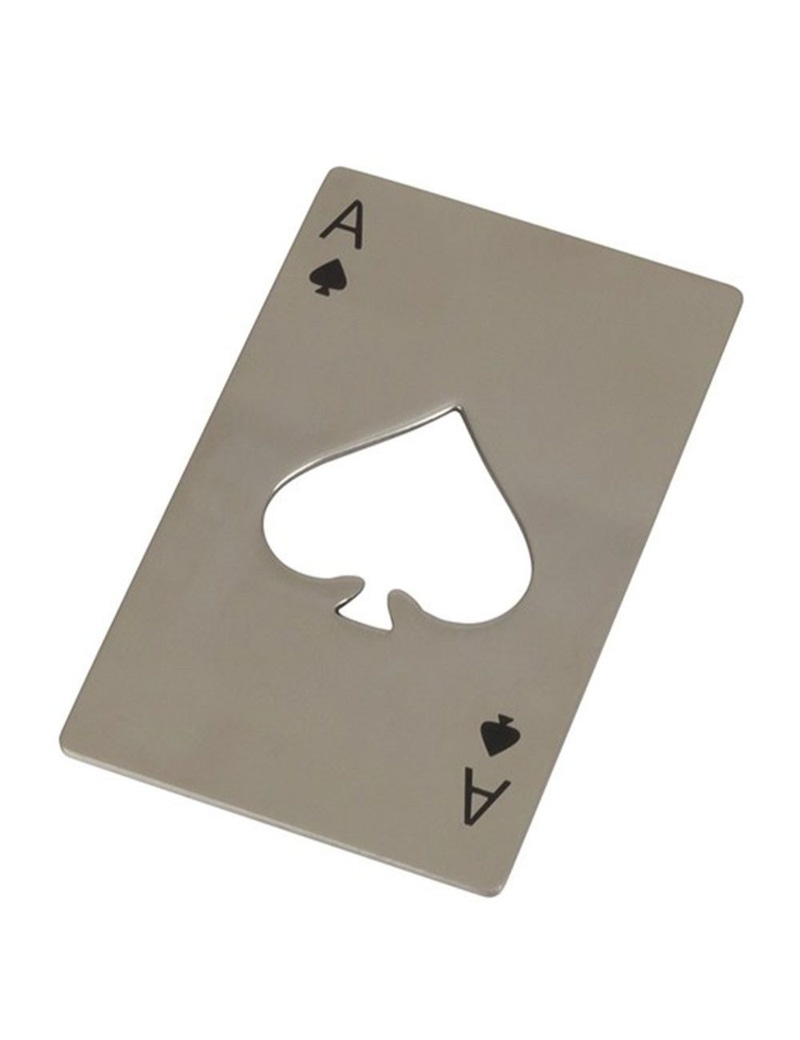 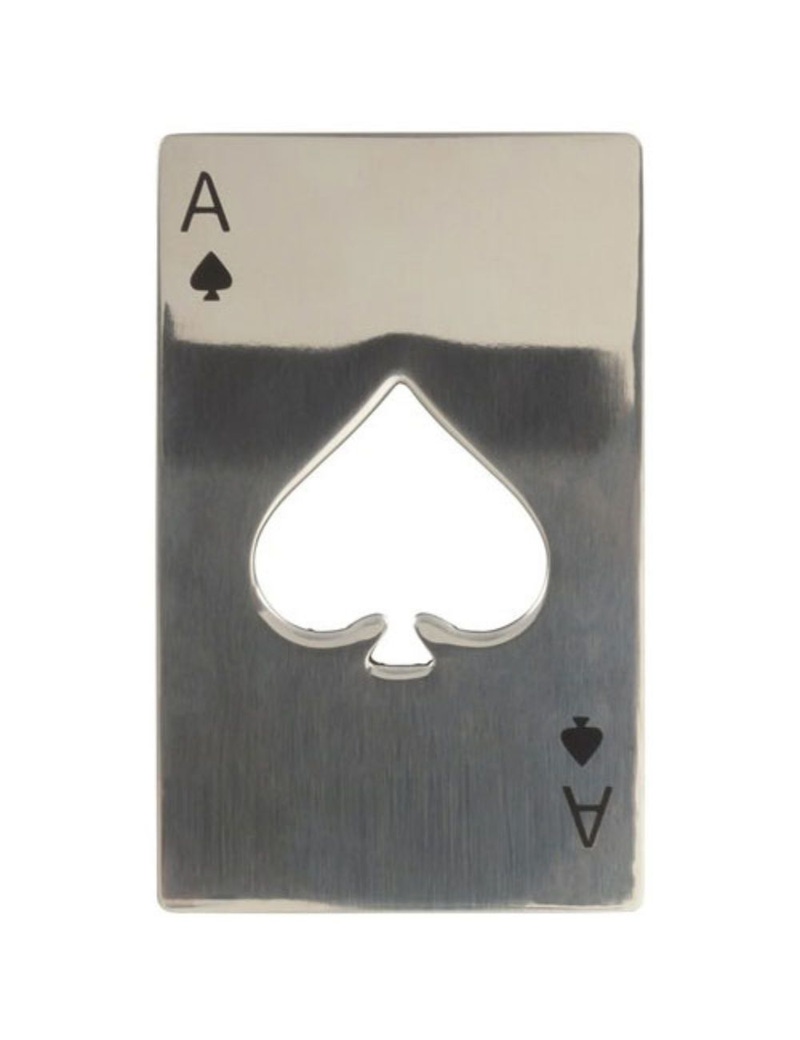 4 interest free payments of $6.24
No refunds for Change of Mind for this item provided by third-party sellers

At the turn of the 19th Century the US and Mexican governments were at war over border disputes (Remember the Alamo?). The US Texas Rangers were a law unto themselves when they patrolled the disputed border. If they found a "Mexican"; who could not explain his presence North of the border, he, (it was always a "he";) was generally shot dead on the spot. To warn off other Mexicans, the Ranger left an Ace of Spades on top of the dead body, or tucked into a pocket.

A Chicago-based playing card manufacturer made special packs of 52 Ace-of-Spades cards for the Rangers and it is believed gave them to the Rangers for free.

Our RTM "Ace of Spades"; bottle opener works well and fits neatly into your pocket. There is no need to kill anyone, however. Makes a great gift. Oh, and tell them the story!